How to perform better 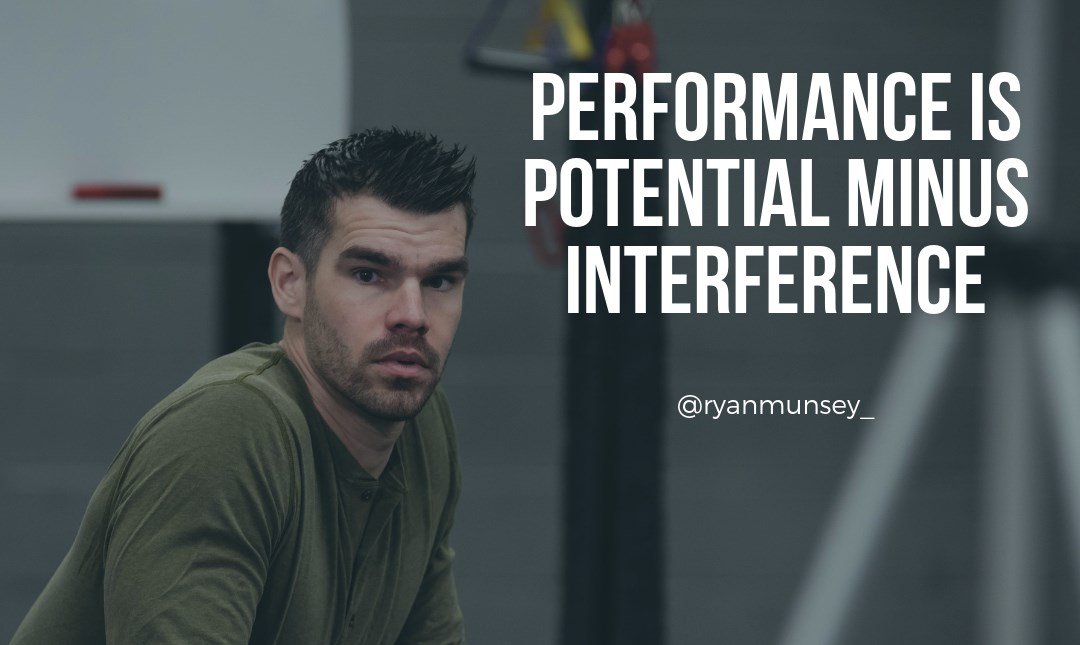 Timothy Gallway wrote one of the best coaching books ever written titles “The Inner Game of Tennis” where he outlines the secret to high performance in tennis, but also in all areas of our lives.

What this means is that the only limit to our PERFORMANCE is the amount of “interference” we allow in our lives.

We ALL have potential.

Our genetic physical potential varies between us, but we ALL have unbelievable potential… More potential than we’d ever imagine and more than we’ll ever discover.

When you look at human beings that achieve the unbelievable you start to see the extent of human potential.

David Goggins running 100 miles straight after not training at all.

Feats like these seem impossible but start to shine a light on what the human spirit is physically capable of and the most AMAZING thing about these feats is that before they were completed, it was believed that they were physically IMPOSSIBLE.

And then somebody completed them.

And then more people did.

When Roger Bannister ran the 4 minute mile, an accomplishment that scientists believed was not humanly possible, that record was broken by several other people that same year.

The difference in performance from before Roger Bannister completed this, and after?

People realized that it WAS possible. That the scientists were wrong.

The INTERFERENCE was removed.

Interference is anything that holds you back from achieving your full potential.

Toxic people in our lives.

Limiting beliefs about what we can accomplish.

Comparing ourselves to other people.

Social media accounts that shame us and make us feel badly about ourselves.

Interference is present in our lives, and it takes a conscious effort to eliminate it.

When we eliminate interference, we unlock our unlimited human potential.

The only thing holding you back from achieving ANYTHING you want to achieve is the interference that you allow in your life.

The ONLY THING HOLDING YOU BACK FROM ACHIEVING ANY GOAL IS THE INTERFERENCE YOU ALLOW IN YOUR LIFE.

The negative thoughts you let run wild in your head.

The opinions of others that you let hold you back.

These are the types of interference that will convince you that you can’t do something- Even though you HOLD the potential already.

Identify exactly what is standing in your way from your goal and ELIMINATE IT.

Unfollow people that cause negative thoughts.

Speak positively to yourself.

Don’t listen to ANYONE who tells you that you can’t do something.

When you eliminate interference, you unlock the potential you’ve got inside of you and I promise you that it is more than you ever thought possible.

I love you guys. Eliminate interference.