Why You Need to do Exercises You Aren’t Good At 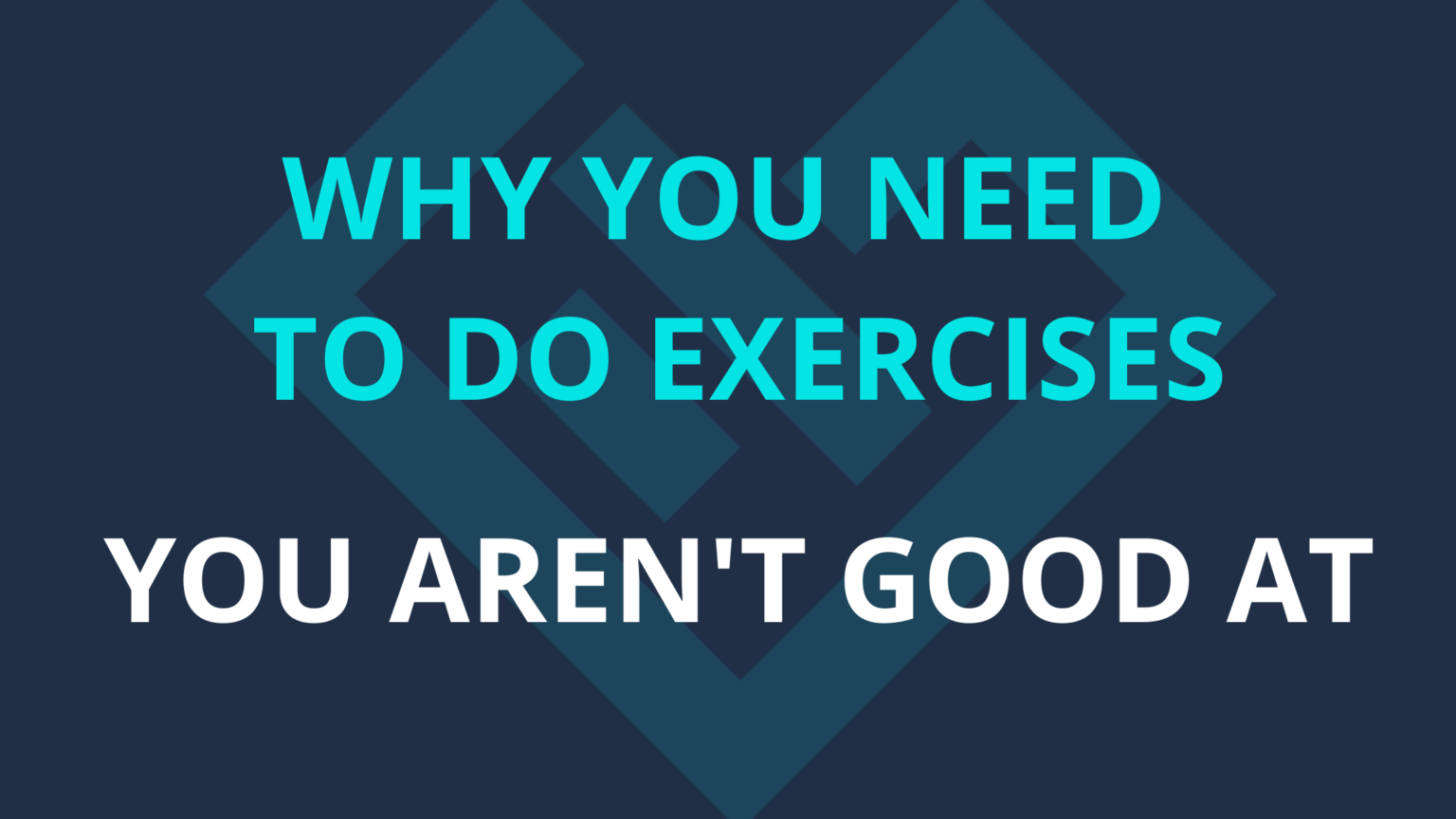 Targeting weak areas not only helps us achieve better balance and strength, but it also decreases injuries in the long run.

Individuals who are newer to lifting may avoid exercises that are complex or ones that require working ‘up to’. On the other hand, experienced lifters may avoid ones that force them to use lighter loads or is a new variation that feels foreign.

Personally, I hate squats and bench press. My (relatively) long limbs and shorter torso will never put me in the running to win a competition when it comes to those two lifts. Those are my weakest lifts and that’s why I hate them – not that there’s anything actually wrong with me or those exercises.

But with that said, I incorporate a squat and bench variation in each of my workouts because I know it’s good for me. It’s like eating vegetables — we do it because we know we should, not because we necessarily like them.

Do you want to actually build strength, or are you doing it for the ‘gram? Be humble and perform exercises that you’re bad at. You’ll be better balanced and well rounded, which will help you in the long run.

GO LIGHT + FOCUS ON THAT FORM

The lifts that you generally don’t do, or don’t like, will likely mean that you’re going to be going light. Perfect the form before you start increasing those weights. Lighter weights over time means they don’t beat up the body so much and would allow you to train with greater frequency.

LEARN TO LOVE THOSE LIFTS

Appreciate those lifts that make you struggle. You’ll love the progress so much more because you know how much you had to work to get there. The satisfaction of achieving that pull up, front squat or whatever your goal is, is REAL!

Pull ups were always my nemesis. Again, my oddly long arms didn’t necessarily suit me well to win a pull up contest. But that doesn’t mean I shouldn’t do them. They’re one of the more challenging full body exercises and a great way of demonstrating your relative strength. I had to put my ego aside and recognize that I need to practice.

It took me years to build up to multiple sets of weighted pull ups but I did it. And I loved being able to do it and you will too.